The secular trend I am most excited about is something I refer to as “the democratization of creation.” What I mean by this is simply the following: building something and distributing it to the world has never, in the history of our planet, been easier. As long as we have the right systems in place to educate and fund the next generation of great entrepreneurs and protect “openness,” the greatest innovations of our lifetime are ahead of us, not behind us.

Why and how is creation being democratized?

Over the past several decades, the growth of the Internet and cloud computing have led to more and more modular tools and building blocks that make it easier to create and distribute software. These can broadly be categorized into both free and commercial tools, with these two categories forming a virtuous cycle.

On the free side, the past decade has seen exponential growth in the number of open source projects, contributors, and downloads. Today, it is estimated that 96% percent of software contains at least some open source components and 57% of the code in commercial software is open source. This means that more code is copied than is proprietary in the products we use every day! Similarly, as the graph below shows, the number of publicly available APIs has grown exponentially as well. 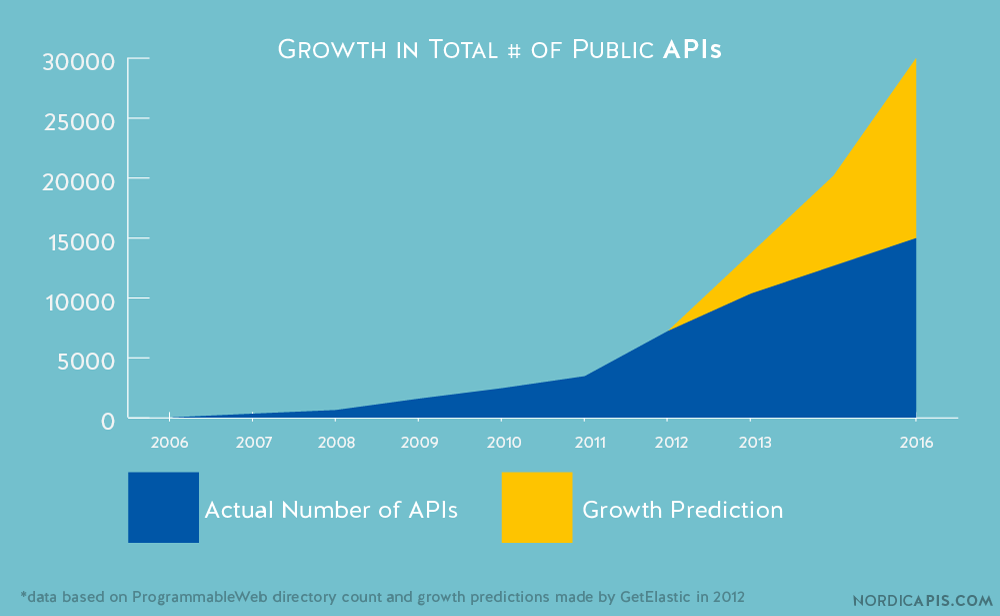 Going hand in hand with this trend, we’ve also seen an explosion in products that commercialize these open source tools/APIs or whose sole purpose is to make it easier for other businesses to do business. Most notably, the “big 3” public cloud providers (Microsoft’s Azure, Google Cloud Platform and Amazon Web Services) have made creating and hosting cloud applications as easy as clicking a button. Products like Stripe, Twilio, and Shopify have replaced hours of development time with a few lines of code, allowing businesses to focus on their core competencies. Even Facebook and Google are a part of this trend in their ability to make it easier than ever for entrepreneurs to distribute their products or services online. In fact, 40 cents of every venture dollar goes to Amazon, Facebook or Google for either cloud hosting or advertising. This is an astounding statistic and suggests that in today’s economy, creating a great tech business is mostly about capital allocation across the right tools as opposed to engineering a great product from the ground up.

Finally, the free and commercial tools form a virtuous cycle, allowing creation to compound at an incredible rate. More and better open source software makes it easier to create commercial tools. Development teams at large tech companies then spend hundreds of hours contributing to or creating new open source frameworks as they see it as beneficial to their long-term business. As an example, Google open sourced their deep learning framework TensorFlow in 2015, putting it in the hands of millions of developers worldwide for free, just as they did with their Android operating system years earlier. Today, the Android operating system runs 87% of smartphones worldwide.

What are the implications of this trend?

A technical education is no longer the most important priority for young Americans to become great entrepreneurs. Rather, we need to educate them to be creative thinkers and problem solvers. I speak with thousands of startups every year, and increasingly, I’m seeing development teams being outsourced to places like Ukraine, Serbia, China, and India, where software is built for a tenth of the cost compared to the US. Institutions like Lambda School are proving that software engineering is more of a trade school profession than something that requires college, let alone an advanced degree. As the statistics on open source adoption indicate, building great technology is more about patching together existing tools and code than it is about engineering innovation. Building a great company is about executing on a great idea and market opportunity by building a great team, culture and go-to-market strategy. This is what our education system should emphasize if we want our country to stay competitive.

Silicon Valley’s role as the center of gravity for technology is diminishing and will only continue to diminish. As creation becomes democratized, great ideas and businesses will increasingly come from across the world as opposed to Silicon Valley. The next great businesses will be built off remote and distributed teams and they will surely be built by people who break the mold of what we currently think a great founder looks like.

We need to fund more “picks and shovels”. There was a popular phrase coined in the mid 19th century – if there’s a gold rush, invest in picks and shovels. In the cloud software gold rush of this past decade, many of the most valuable businesses (Stripe, Twilio, SendGrid, Plaid, Chekr, Hashicorp, Segment, Auth0 and others) have been just this. There are many more such billion-dollar “picks and shovels” that need to be built that will enable the next generation of creators to build world-changing products.

We need to support institutions that protect openness. We’re living in a golden age for entrepreneurship because creation has been compounding. However, without an open Internet, open data, and open borders, this democratization of creation will start to falter and we won’t see the kind of progress or innovation we’re hoping for.